Cooking Old Beans: Are They Safe? 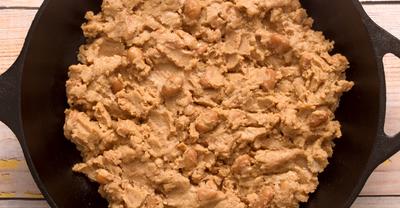 ‍Many of us believe that dried beans last forever. But is cooking old beans a safe bet, or do they have some harmful effects if left to sit for long periods?

Most bean packaging comes with a best-by date. We do not recommend using any product after the best-by date, but with beans, it is safe to add 24-48 months to the date and use them without any issues.

Beans are indefinitely safe to eat if they are stored properly. However, they start to lose their nutritional value after roughly three years, and they also lose their taste after five years. It is best to test a batch of beans sitting around for more than two years before consuming.

Even though dried beans are considered non-perishable, they can become infested with molds and yeast. Rodents and insects can also gain access to improperly stored beans. It is important to check and test the beans before cooking them.

Our health experts state that it is best to consume the beans within a year of purchasing them. But if you need to store them for longer periods, you should use air-tight containers, which prevent oxygen, moisture, and pests from reaching the beans. Properly stored beans can be used after a few simple checks for three years.

Most people think that dried beans will still be staring back at them from the pantry shelf, asking to make some bean soup even when the world comes to an end.

Dried beans are a staple food in many countries around the globe. They are cherished for their high nutritional values and are thought to have a virtually unlimited shelf life. Other food items such as meat, fruits, and vegetables require complex procedures if you want to store them for a longer duration. Beans only require a dry place away from the sun, and they will last for very long periods.

Although they remain safe to eat for extended periods, they begin to lose their nutritional value and can become increasingly hard to cook. This means they do not exactly "expire," but they do not remain the same forever. If you need to cook soaked beans for more than two hours, the chances are that they have become stale and are a bit too old to cook.

Similarly, if you are concerned with the beans' nutritional value, get rid of the old beans if they have been sitting in your kitchen for more than three years. They would have lost a great chunk of their vitamins and would only be good to fill an empty stomach. But if you are not worried about vitamins and nutrition, feel free to keep them for longer.

Even if your beans come labeled with a best-buy date, you can add up to two years to that date and keep them. They will remain of good quality until then. After three years, you will notice that the taste begins to deteriorate, and after five years, you will surely replace the beans after you have tasted them.

Beans undergo many processes to become what we see on market shelves. The process starts at the farmlands of dry bean producers, where the bean plants are cut and left to dry out for several days. Once completely dry, a machine shakes out all the beans from their pods. The beans are packaged and sent to the processing facility for cleaning and further processing. The processing facility then extracts the moisture from the beans resulting in dried beans.

Four major factors play a role in spoiling beans or other food. They are microorganisms, moisture, oxygen, and enzymes.

Air and oxygen are two major causes of food decomposition and spoiling. Because air is odorless, colorless, and tasteless, it is frequently overlooked as a food spoiler. Oxygen by itself can lead to faster spoiling of food.

With adequate amounts of oxygen in the surroundings, the fats in the beans can get oxidized, leading to strong smells and altered flavors. Since beans contain a minute amount of fat, the process is quite slow and can take years for any significant changes to appear.

Water is life - not only for us but for most other creatures living on the face of this planet. Most foods, including dried beans, contain a significant percentage of water. Microorganisms use the water to dissolve any food they work on. Dissolved food can easily seep into mold and yeast cells, providing them with nutrition and helping them nurture further.

The moisture also serves as a medium for chemical reactions that might take place in the beans to spoil them.

With the right amount of oxygen and moisture present in the foods, microorganisms begin to grow and flourish. These microorganisms can be thought of as the workers responsible for deteriorating the food condition and spoiling it.

Some microorganisms require oxygen to thrive, while others do not depend on oxygen. For instance, yeast and molds require oxygen and are often seen on foods placed in the open air.

Oxidizing enzymes are naturally occurring enzymes found in beans and other foods. These enzymes increase the rate of chemical interactions between the food components and oxygen, causing the food to spoil.

Browning generated by these enzymes leads to foul flavors and smells. During processing, dried beans are often blanched, which is a heat treatment that deactivates these enzymes, allowing the beans to last longer

Beans are usually sold in bulk quantities and often come in plastic bags. You can keep them in the plastic bag if you plan to use the beans within a few months or even a year.

But to make dried beans last even longer, they should be kept in the dark and a cool and dry place. It is best to put them into freezer bags or other air-tight containers to stop moisture and bugs from getting near them. If you are using a freezer bag, remember to remove as much air as possible from the bag before sealing it up.

You can add an oxygen absorber into the bag for even longer-lasting protection before sealing it. But these extreme measures will only make sense if you have been storing beans for more than ten years.

Examine the beans carefully for mold and dampness. As mentioned above, dried beans do not have enough moisture to support the microorganisms. But they should be discarded if there is any apparent sign of mold on them.

It would be best if you also considered smelling the beans in search of weird odors. Properly stored beans will have their own aroma. Any weird smells can indicate the presence of molds, pest droppings, or unpleasant smells from the storage area seeping into the container. If the weird smell is strong, consider discarding the whole container.

The packaging and appearance of the beans themselves can tell a lot. Carefully examine both, and if there is evidence of chewing on the package, there are insects inside the container, or if the beans appear chewed on, dispose of the whole container.

If the beans pass all these tests, you can test by cooking a small batch of these old beans. Note the time these beans take to cook. The older the beans, the longer they take to cook. Once ready, perform a taste test. Feel free to use these beans in your next recipe if all goes well.

Is it Safe To Eat Spoiled Beans?

No. Beans that are spoiled or not cooked properly can lead to health issues. Spoiled beans' effects on our body are more serious than those experienced by eating spoiled fruit or vegetables. Due to the higher concentration of bacteria, spoiled beans can cause diarrhea, vomiting, nausea, fever. Abdominal cramps and other food poisoning symptoms.