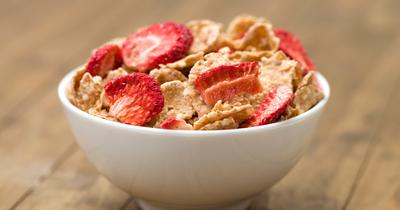 ‍A lot of families are making preparations to store food on a long-term basis. What’s the difference between dried vs. Freeze-dried foods?

After all, you don’t want to invest time and money in a long-term prep area and find out that you’ve been storing the wrong food. What are the differences between dehydrated foods and freeze-dried? Does one taste better when rehydrated? Which is cheaper to produce or store?

Freeze-dried foods last longer (25+ years) than dehydrated foods' lifespans (six months to a year). If oxygen absorbers are used, the lifespan extends to 10-12 years. Freeze-dried foods keep their original taste and consistency and rehydrate faster, while dried foods do not.

Many families recognize the importance of preparing for emergencies. Whether the future holds an extreme weather event like a hurricane or a manufactured national or regional emergency, like a war, it's a good idea to have some food items stored away. Chances are that the power grid might be interrupted, and you could be left without the ability to run to the store.

If there is anything that a worldwide pandemic taught us, it is that shelves can empty in the blink of an eye.

This article will discuss the differences between dehydrated (dried) foods and freeze-dried foods. Hopefully, we can answer some questions about what foods are best for a long-term emergency food supply.

‍What is the Process for Dehydrated vs. Freeze-Dried Foods

There are significant differences between the process of dehydrating and freeze-drying foods. Both methods remove the moisture content from foods. They just go about it in entirely different ways.

The process of removing the water content in food through dehydration involves the process of applying heat and air to foods. Most food has relatively high water content; dehydration can remove about 85% of the water from fruits and vegetables and significantly less from meats and other items. The removal of moisture through dehydration can kill bacteria that foods often have, preventing mold or any other harmful agent from growing.

Most dehydrators use a temperature of about 130 degrees F (although meats made into jerky require higher temperatures). The unit heats the food item and tries to remove the moisture as quickly as possible to avoid altering the taste or quality of the food. While the process is often trial and error, you do not need a bonafide dehydrator to dry food (although it helps). For an example of a typical food dehydrator, see the Amazon website.

The dehydration process can alter the original foods' texture and quality. If too much heat is applied, then the outside of the item dries and hardens, but the inside is still prone to mold and bacteria. Most dehydrator owners have to play with the item several times to find the right combination of heat and air.

As the name suggests, freeze-dried foods are subject to intense cold and airflow through sublimation (turning a solid into a gas). The intense freezing of foods forms ice crystals (solid), and then subjecting the food to a vacuum turns that ice into a gas vapor which is removed. The result is freeze-dried foods, basically foods without about 95% of their moisture content.

Freeze dryers can take up space and be a fairly expensive investment for a prepper. For an example of a typical freeze-dryer unit, see harvestright.com.

What Are Other Differences?

Some other differences are essential to consider when planning your emergency food storage plan.

As a rule, freeze-dried foods can last 25+ years, while the shelf life of dried foods is about 12 - 15 years. (These figures assume that the products are stored in the appropriate containers with oxygen absorbers to extend the shelf-life and prevent insect infestation).

Most everyone has eaten beef-jerky and has noticed that it doesn’t resemble the steak it came from. Dried fruits are intense in flavor but look like faded versions of the original. A freeze-dried item retains the original item's color, shape, texture, and taste.

While most foods (either dehydrated or freeze-dried) can be eaten without rehydrating, freeze-dried foods will require less time to return to their natural state. Dehydrated foods need to be boiled in water and may not return to their original taste, shape, or texture once rehydrated.

Most freeze-dried foods will look like they did with a bit of soaking in water or adding water. For example, meats simply need to soak in water to rehydrate, and then they can be thrown on the grill or in the pan just as you usually would. When you are cooking in an emergency, there is something to be said about being able to cook something familiar rather than eating mystery meat every night.

Freeze Drying Can Be Used With A Wider Variety of Foods

You can freeze dry more foodstuffs than you can dehydrate. For example, you can freeze dry eggs or ice cream, but it is impossible to dehydrate those items.  There are just some foods that cannot be exposed to intense heat and do not break down on a molecular level.

Freeze-Dried Foods Will Not Save Storage Space

Since most freeze-dried food retains its shape and texture even after undergoing the process, there are few space savings, unlike dehydration which shrinks foods while drawing the moisture out. If you think you can store items in a smaller space by freeze-drying, that is simply not the case. Many preppers have had to pivot in their plans because once they stored water (which takes up space), they barely had room for their freeze-dried foods.

Freeze Drying is More Expensive to Do

For the average prepper, it is much more expensive to begin to freeze-dry. A large machine usually has to be bought, and unique accommodations are made in the space you are planning to do the dirty work. A food dehydrator can be smaller, more portable, and less expensive. There are many units that you can set on a counter. The expense of a freeze-drying unit can range from $2500 - $4000, while a good quality dehydrator will cost less than $100. For an example of the kinds of dehydrators that Amazon carries, see their website @ amazon.com

Freeze dryers can be researched at harvestright.com.

Even if you purchase preprocessed foods, you should generally expect to pay more for freeze-dried goods.

If you invest in a freeze=drying unit, be prepared for how noisy the thing is since freeze-drying takes longer (sometimes up to 24 hours), while dehydration can be performed in a matter of hours with a significant reduction in disturbing the “peace” of your home. Most food preppers begin the freeze-drying process in their kitchens only to move the operation elsewhere, like the garage or elsewhere, because of the noise that freeze-drying units create.