What Are Food Storage Organs 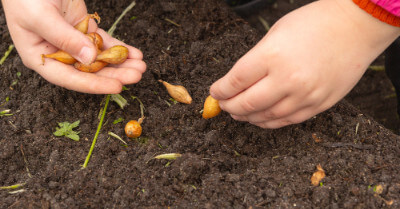 Food storage organs are an underrated aspect of plant and food growth. Without these essential geophytes, it would be impossible to naturally grow food.

A food storage organ is a critical part of a plant that acts as the storage system for energy. These components typically grow underground to better protect a food plant during adverse weather conditions. There are a few different types of food storage organs like a bulb, tuber, corm, root, and rhizome.

Depending on the type of plant, the storage organ will grow and react differently to the environment. For example, bulbs are unique because they typically last for shorter periods with regenerative abilities. Each type of storage organ is essential to the variety of different foods that grow in nature.

Food storage starts with the production of food. Our experts have analyzed many different plants and food types in the past to best understand how storage organs work in the ground. This guide includes everything you need to know about what a food storage organ is.

Plant food storage organs are the leaves, stems, roots, and bulbs found underground where the plant grows. They are often used in food storage because they contain a lot of water and nutrients.

The storage organ acts as a storage method during periods of cold weather or droughts to save the energy within a plant and reuse any needed resources later when the conditions improve again. By saving energy in the plant, it can remain alive for longer until it is time for harvest.

There are five primary types of food storage organs that include the bulb, tuber, corm, root, and rhizome. Each of these plays a vital role in keeping the specific type of food they are attached with alive and growing healthily.

Storage organs are mainly found in both biennial and perennial plants because they grow underground and require these nutrients to avoid attacks from weather and herbivores.

Plants that rely on a bulb as a storage organ are more short-lived. This means they will die during a down season and regenerate later during better conditions. An example of this is an onion because the outer part will die and become dry while the roots remain underground waiting to regenerate.

The storage organs are both the roots and the stem of a plant. Storage organs include tubers, corms, rhizomes, bulbs, and other underground stems. Storage organs help plants survive over long periods of time by storing nutrients that are not being used and can be used when needed.

Below are the five most important types of food storage organs to remember.

A bulb is a commonly found storage organ found underground. The bulb sits underground and is protected from weather and animals that pose any type of risk to the growth of the food plant. The bulb is formed from the stem and the leaves meeting.

In the body of the bulb, you will notice multiple layers that protect the internal storage of energy in the plant. The outer layers can withstand changes in weather, temperatures, and seasons because there are plenty of layers to keep the plant safe.

The fleshy scales will store the food and hold energy during the growing season and as the season changes, the outer leaves and new layers are formed.

A tuber is usually an enlarged, round, and fleshy storage organ that develops from a stem or root. It may be just a thickened part of the stem, or it may be an enlarged part of the root. It differs from a bulb in that it does not have scales and leaves.

A tuber is most commonly found in roots but can occur in stems as well. A well-known example of this is the potato. Tubers are often used as food sources for humans and animals because they store very well during winter months when other foods are scarce.

Some other examples of tubers include cassava roots, yams, and taro roots.

A corm is an underground storage organ formed from the plant stem. Corms can be considered as a type of stem, but they are in the ground rather than above ground.

Corms are often used by plants in order to survive harsh conditions such as fire, or cold weather. Those plants that have corms will grow from them once the conditions become more favorable.

A corm is an underground storage organ formed from the plant stem and it usually stores carbohydrates to help plants survive adverse weather conditions.

Roots serve as the interface between plants and their environment. They can be modified to store water or food in an enlarged central stele (e.g. carrots) which is an adaptation that allows some plants to survive through dry periods and save some of their energy for other processes.

This is a niche adaptation in response to environmental conditions, but it can have a huge impact on the plant's survival rate. The unusual structure is actually its most important feature, enabling it to store water and food in times of drought, or when there is not enough sunlight for the leaves to photosynthesize.

A rhizome is a plant that spreads and has roots that grow along the ground, but it does not have a distinct stem and leaves. The roots of a rhizome can branch out in different directions, and they are able to grow under other plants without rooting.

Rhizomes resemble corms in a few ways based on the growth and storage system they use. However, they do not produce annually, and instead, they die off as they age. This leads to the new growth of rhizomes to maintain a healthy storage organ.

Why Are Food Storage Organs Important?

Food storage organs are necessary for plants because they act as a storage house for nutrients. They are underground during the growth process of a plant to store carbohydrates and water to keep the plant alive and well for longer.

Food storage organs play a huge role in the survival of a plant. The food is stored until it is needed, which provides a backup supply of nourishment for the plant. If one or more of these organs are damaged, then this can be detrimental to the plant’s survival.

If a food plant did not have a storage organ, extreme weather conditions would cause the plants to immediately die. Instead, the storage organ can keep the plant alive for when it is time to harvest.